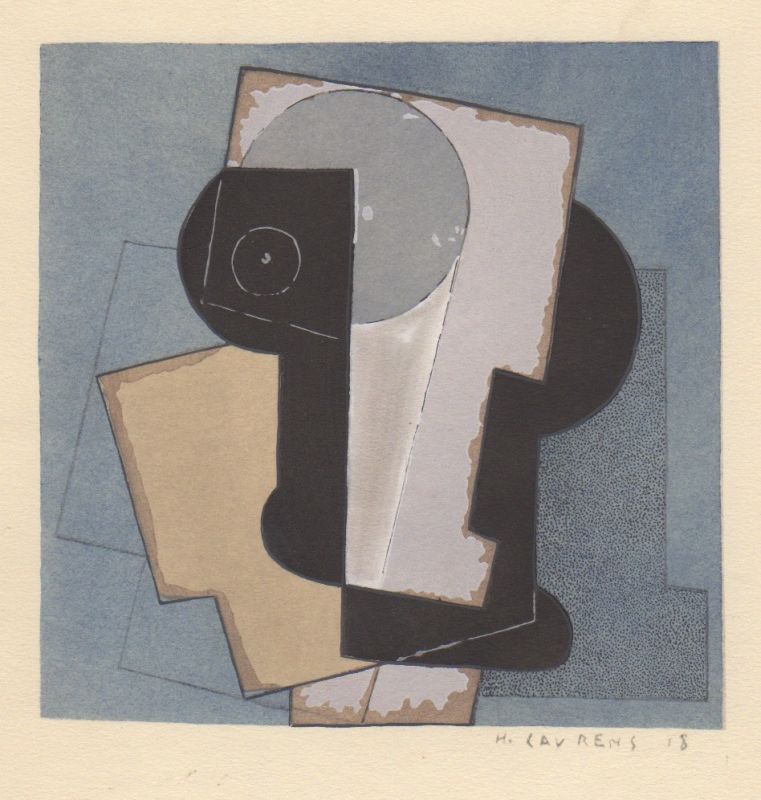 Born in Paris, Henri Laurens worked as a stonemason before he became a sculptor. In 1899 he attended drawing classes, during which he produced works that were greatly influenced by the popularity of Auguste Rodin.
Later Laurens was drawn to a new gathering of artistic creativity in Montparnasse. From 1915 he began to sculpt in the Cubist style after meeting Pablo Picasso, Georges Braque, Juan Gris and Fernand Léger.
Laurens was exempted from call-up for the First World War, after having a leg amputated in 1909 due to osteo-tuberculosis.
L'Amphion located at the Central University of Venezuela, Caracas
Multi-talented, Laurens worked with poster paint, and collage, was an engraver and created theatre design and decoration. In 1915 he illustrated a book for his friend, the author Pierre Reverdy.
In 1938 he shared an exhibition with Braque and Picasso that travelled to major Scandinavian cities. In 1947, he made prints for book illustrations. In 1948 he exhibited his art at the important international Venice Biennale. That same year, he exhibited at the Galerie d'Art Moderne in Basel, Switzerland.
A great many of his sculptures are massive objects. An example of this style is the monumental piece L'Amphion, created in 1952 for the Central University of Venezuela, Caracas after a request from the architect Carlos Raúl Villanueva.
Laurens sculptural work influenced the work of architect Jørn Utzon, famous for the Sydney Opera House, in particular Laurens' tomb for an aviator designed for the cemetery of Montparnasse, Paris, in 1924.
Henri Laurens died in Paris, and was interred in the Cimetière du Montparnasse there. His tomb is decorated with his sculpture, La Douleur.