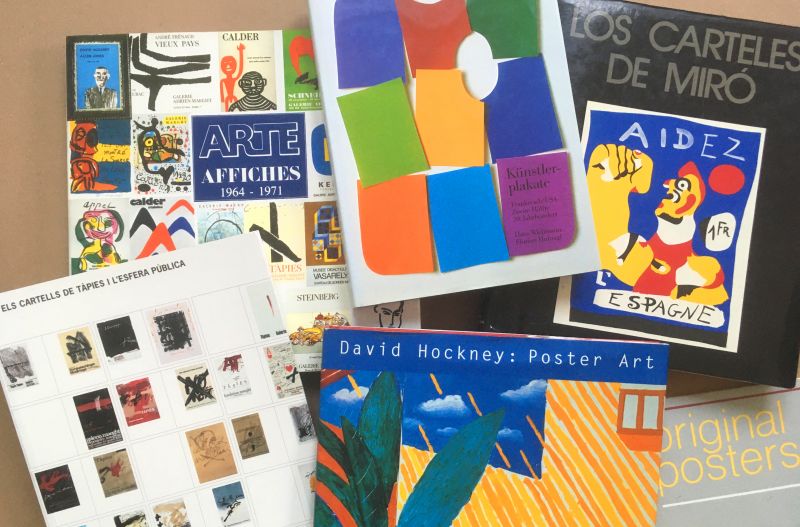 Vintage lithographic posters are today valuable, collectible works of art. With little in common with offset or digital reproductions, they have an established role within an artist’s oeuvre.

Artists such as Picasso, Miró, Matisse, and Chagall were intimately involved in the production of their lithographic posters at the Ateliers Mourlot in Paris. Designed as exhibition announcements or advertisements for events and tourism, the posters were printed in large quantities to reach a broad audience. They dotted city streets across Europe, in shop windows and cafés and on bulletin boards.

At Polígrafa in Barcelona, posters were mainly printed by Spanish artists such as Miró and Tapiès.
Posters of Santomaso, Dorazio, Hartung, Nay, Förg, Tobey and Motherwell were printed in Sankt Gallen, Switzerland at the Erker Presse.