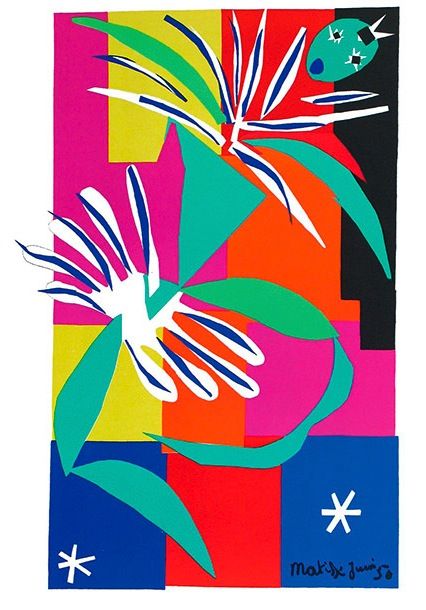 Matisse's life-long inspiration as one of the greatest artists of the first half of the 20th century reached a culminating period of genius in his unique works in cut-paper, works to be celebrated in one of the most important exhibitions ever held at Tate Modern in London.
The cut-paper images date from the early 1950's. In early 1954 Matisse gave his agreement to the famous Paris lithography studio of Fernand Mourlot to create, under his control, a series of lithographic versions of the cut-paper works, mostly in a reduced format from the originals. These were finally issued in 1958, taking note of Matisse's requirements, in the series known as 'Verve' by the publisher Teriade, with whom Matisse had worked so closely for his 'Jazz' compositions in 1947.